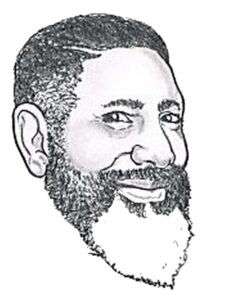 A WANNA BE PHILANTHROPIST

Hassan has traveled to many places within his young 77 years but found Belize to be full of opportunities, great weather, friendly english speaking people and where your $100. TURN INTO $300. when you spend it in Belize. Everything is cheaper except Gasoline, Apples, Peaches and Pears.

Notice: This DocuMovieVideo  is One Hour Long so be prepared… It’s worth watching til the end… so Watch Now or Later!

My love for Belize is not implying that I&i am denouncing my BirthHomeLand of Turtle Island US. In-fact, this ‘journey in Search of Promised Land’ is in Honor of and approved by my Great and Late Ancestors. My Mother (Maydear) Varie Moss have roots here but I have no proof of that JUST HEARSAY. I am meditating that that is why I’M HERE with such a profound Life Mission, # WACPtv Self Help Action Institute. 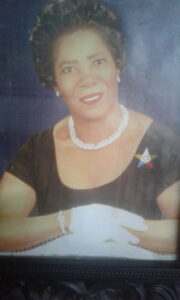 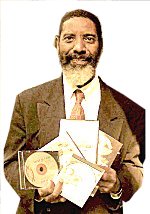 Hassan has utilized his ART talent since elementary school. From drawing and coloring huge stage backdrops for school plays to acting as the main character in school and church plays (Lolly Pop in the play “Lolly Pop” and Ebenezer Scrooge in “Christmas Carroll”). Pictured here is Hassan holding some of his digitally produced products… Afrocentric ClipART CD,  Black History Calendar CD, 1 of 35-Packaged DVDs and a ‘170 page self published Book – “King to Bling Bling”. Hassan started his ARTISTIC career earning an income at age 14 by painting signs in the neighborhood and addressing curbs.

He bought his first car at age 16 and opened his first Brick&Martor Business at age 22… “The Pride House Record/Head Shop” named from being proud to be in business. By age 37 Hassan had established and run several short lived underfunded businesses… “Edifice Dinner Theater”, “EXPRESSO Adv Specialties”, “WACP Tapestation Library”, “WACP Rooming House”, “WACP African SuperStore”, “Monroe Dairy Queen”, CJ’S Cater Truck Service”, “Hassan Gallery”, “WACPtv Road Cruser”. “THE EXPERIENCE was More than a lasting growing financial success… It was and is A WEALTH OF DIVERSE KNOWLEDGE gained from trial and error. No College or University could have prepared me better AND THE TIME I$ NOW”… Hassan Said in a self interview.

From 1964 – 1975 Hassan was a member of the (NOI) Nation Of Islam (the most knowledgeable and discipline group of Blacks in America). He rose from selling Muhammad Speaks Newspapers (Customer Service) to the rank of Southwest Regional Community Relations Director over 5-states… Texas, Louisiana, Oklahoma, Arizona and Tennessee (Public Relations).  Today Hassan practice Spirituality and not Religion. He has practiced Catholicism, Baptist, Methodist, Hebrew Israelite, Yoruba and Islam.

From 1982 -1986 Hassan went on a road sabbatical by car traveling within 9 southern USA States. He had no drivers license, no money, no vehicle registration and no INSURANCE. His only insurance was that he was on a spiritual journey with permission granted from on high. The ability to have sign painting skills was his DEBIT CARD. With paint and brushes on board, customers were any and everywhere. “Just look, stop and ask as He estimates that in has lifetime he has painted by hand and by digital over 3,000 signs and created over 300 logos.

In 1989 Hassan earned a journey to Nigeria Africa by assisting Bishop James C. Ellerbe to organize 19 African Americans to take the 17-day trip. He met with and was ordained Apostle by Leader Olumba Olumba Obu (A Renown Spiritual Holy Man from Calabar of the Brotherhood of the Cross and Star.

A SAMPLING OF OVER 100 EVENTS ORGANIZED BY HASSAN